Andrew Gibson has been given a suspended jail sentence for safety breaches after a worker suffered life changing injuries.

Sheffield Magistrates’ Court heard how, on 19 October 2016, an employee was using an Elektra Beckum table saw to cut down some large (2.4m x 2.4m) sheets of chipboard at a workshop in Houndhill Park, Rotherham. The worker’s right hand made contact with the unguarded saw blade and three of his fingers were severed. After the incident he was taken to hospital by Mr Gibson. Two of his fingers were reattached at the hospital but the third finger was never found. 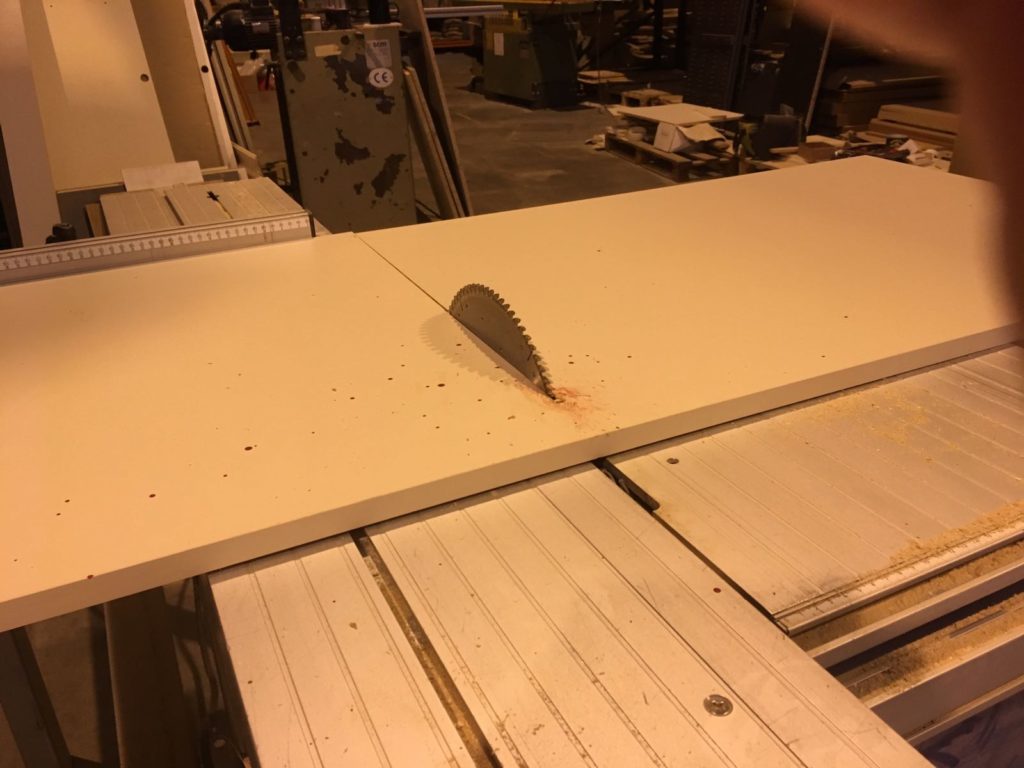 An investigation by the Health and Safety Executive (HSE) found that the worker was pushing the sheets through the saw by hand, without using an appropriate pushstick or jig which would have kept his hand and fingers away from the moving blade. At the time of the incident the crown guard and riving knife were also not fixed to the machine. The investigation also found that there was no Employer’s Liability (Compulsory Insurance) policy in place.

Andrew Gibson of Lower Dolcliffe Road, Mexborough, South Yorkshire, who at the time was trading as Crosby Kitchens (a kitchen manufacturing company), pleaded guilty to breaching Section 2 (1) of the Health & Safety at Work etc Act 1974. He was sentenced to 26 weeks in prison, suspended for 18 months, and 200 hours of unpaid work. He was also ordered to pay £17,000 compensation to the injured employee.

After the hearing, HSE inspector Jane Fox commented: “This incident could so easily have been avoided by implementing suitable control measures and safe working practices.

“Dangerous parts of machinery should be appropriately guarded as required by the legislation, in order to protect employees.”

What MY Compliance Management has achieved for our customers

MY Compliance Management partnership with iHASCO